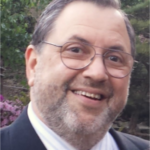 On May 17, 2022, a few days after the supermarket mass shooting in Buffalo, New York, the Los Angeles Times printed a column by Mark Z. Barabak entitled Day after Day of Gun Violence in America.  Nothing Happens.

I wrote those words in June 2017, after Republican members of Congress were attacked by a gunman on a softball field just outside the nation’s capital.

Except, of course, there have been a great many more mass shootings, adding Atlanta; Orlando, Fla.; Las Vegas; El Paso; Pittsburgh; Boulder, Colo.; Parkland, Fla.; and many other cities, large and small, to the sanguinary toll.

Within a week Laguna Woods, California and Uvalde, Texas joined the tragic list.

Barabak continues his column by recounting a number of times he wrote on the subject of gun violence after shootings that grabbed the headlines and our national attention, only to fade from our consciousness as other events overtook them.  In each instance it appeared that that was the terrible event that might finally spur action.  Each time, he noted a lack of change or even a loosening of firearms safety laws.

In my August 2019 column in this publication I wrote:

In the past three years I’ve written five different columns dealing with mass shootings.  These types of events have become so common in our country that it seems we are no longer surprised by them.  We can be thankful at least that we still are stunned when they happen and feel the loss of the victims.  We have not become so hard as a people as to accept these horrific acts as normal.

I am wondering if I was too generous in that last part.  It seems that these senseless acts have become all too normal.  Following the Stoneman Douglas High School shooting in February 2018 I noted that “the news report was shocking yet sadly familiar. . . .  Early reports, as they always are, were vague. . . . These stories all seem to unfold the same way.”  These stories also seem to keep coming.  Each one takes its toll on us as a society.  It would be so easy to throw our hands up and just stop even trying to change anything.  Some people have done this.

This is the last column on gun violence I intend to write for some time, maybe ever. What’s the point? It’s all repetition, and that repetition is maddening and sickening.

People die, horribly and needlessly, and the status quo abides.

You can be sure a great many more mass shootings will follow and the toll will keep growing ever higher. Barring a fundamental shift, Congress will fail to pass meaningful gun control legislation.

But Torah charges us, “Justice, justice thou shalt pursue.”  And Talmud reminds us “(d)o not be daunted by the enormity of the world’s grief. Do justly now, love mercy now, walk humbly now. You are not obligated to complete the work, but neither are you free to abandon it.”  So we cannot just stop talking about the problem of gun violence.  We cannot say “nothing changes” and leave it at that.

I hope Mr. Barabek finds renewed strength to keep writing on the subject.  I’m pretty sure he will.  I get where he is coming from, though.  I’m pretty damn tired of writing these kind of columns myself.

We need to cry for the victims of Uvalde.  Then we need to dry our tears, gather ourselves, and find some way* to break this awful cycle of violence.

* Actions we might take include donating to causes advocating for gun safety legislation, voting for candidates that support such legislation, or participating in the nationwide March For Our Lives on June 11.